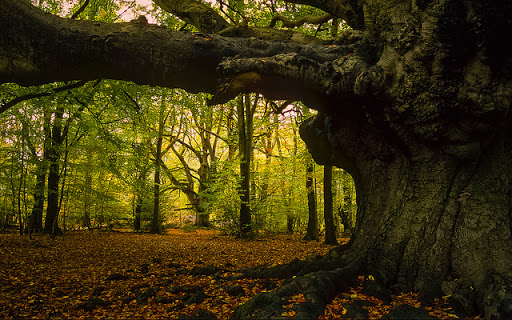 I wasn’t always so trusting of the universe. As a young mother, having compiled many years of misunderstood emotions, my need to control fed a continuum of fears. Eventually, the fear-filled drama which I was living led to a hollow sense of disconnect; a type of knowing that I had everything I ever wanted, but was unable to touch it, taste it or embrace it. My life had become a blurred routine, void of sensate pleasure.

This feeling of disconnect led to my first past life experience, which occurred when our three children were very young and my husband had just embarked on a new business venture with two entrepreneurial school friends. We were both very excited about the business potential and the opportunities it would create for our family. Up to this point we had run a small business together, nurtured our young family together and shared a love for horses. One morning I woke with a sinking feeling that our marriage was over. It was a surreal, frightening experience which I could neither understand nor explain. I couldn’t even express what the difficulty was other than something like a glass wall had come between us. Of course, for my husband everything was perfect and his happiness only intensified my overwhelming feeling of despair.

A few months earlier I had heard a reflexology practitioner speak highly of a spiritual healer from Galway. Spiritual healers were not ten a penny in Ireland thirty years ago and those who were in practice were ostracized by some hierarchical figures in the Catholic Church for supposedly conflicting with church teachings; they were feared and misunderstood. While anxious as to what might be involved in the healing process, I nonetheless went ahead with making the appointment.

On meeting this older woman who had piercing, green / blue eyes and a deep husky voice I instantly felt safe and told my story. Her workroom was an austere space, with flickering candles dancing to the tune of a penetrating westerly wind. Flowing strands of ginger hair and a wrap embroidered with raised, interwoven Celtic knots conjured up images of a Pagan Priestess as she connected with ‘spirit’ in what sounded like incoherent prayer. Following a period of silence, she explained how unresolved energy from the past was preventing me from moving forward in this life. She told the story of how my husband and I had shared a life during the medieval crusades, with him fighting in one of the campaigns for the Holy Land. Unable to cope with the constant fear of losing him and the endless waiting, I chose to join a nunnery, an enclosed order where I lived a frail and sickly existence.

When eventually he returned, he was heartbroken to discover that I had shut myself away from him and the world. Following an energy clearing, I drove home to lovingly embrace my husband –and yes, the glass wall had disappeared. He had no concept of past lives, yet when I explained the experience, something resonated with him. For me, his expanding out in this life had triggered unresolved, past fear of losing him. The strange, unexplainable feelings just disappeared, affirming that in this life there sometimes is a knowing, the essence of which is beyond logic. This experience created a spontaneous shift in my perception of energy, and in a subtle way helped me in acknowledging my own ability to see and feel energy.